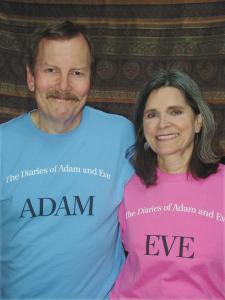 Fringe regulars will remember Bern Budd for his two previous readings dressed and be-wigged as Mark Twain – “America’s first great writer.” So we looked forward with anticipation when news of his return for Fringe 2014 broke. The first thing to say is that you will not be disappointed: if you’ve heard Bern before you’ll want to hear him again. If you haven’t heard him – well now is the chance to remedy the situation.

We are doubly blessed because for this year’s show Bern (Adam) is accompanied by his real-life partner Betsy (Eve). They flew from Boston just yesterday and were pleased to find Buxton cool and fresh after the stifling humidity of east coast America. One appreciative audience member complimented Betsy on her convincing accent only to be graciously thanked, but “I’m not acting”.

Twain’s account of the early days of humanity draws a picture of the differences between the sexes. One of the distinctions he observes is that women are more talkative. It follows that Eve says more and Betsy carries this burden well, representing Eve as thoughtful, puzzled, sensitive, loving and ready to address issues as they arise – such as finding names for new animals or physical events.

Happily she always hits on exactly the right name for things. Such as the dodo. Though a disgruntled Adam observes: “Dodo? Looks no more like a dodo than I do.” It is as well that she is so imaginative and creative – because, she notes, Adam isn’t really interested.

As the diaries progress we learn why a brontosaurus makes a poor pet, how fire was created and named and what a lucky hunter Eve was compared to Adam. The main theme is, however, the differences between man and woman (or the two ‘experiments’ as Eve describes them). You could argue that Twain’s view is unhelpful or outdated but I suspect that few in the audience would not find at least several examples that struck a chord in their own lives and relationships. It is all done with such gentle good humour that only a fierce contrarian would take issue on principle.

This is not a re-write of Genesis, rather it is observational humour that has not really dated. This is a tribute to Twain’s writing, love of language and humanity. Betsy and Bern read the ‘diaries’ with respect recognising that the text really will speak for itself if allowed to.

It falls to Adam to deliver the final words as he stands by Eve’s grave: “Now that she is gone, I know one thing; wheresoever she was, there was Eden.” You know I’m sure curmudgeonly old Adam almost choked at that point.

FINDING ME (TAKE ME AS I AM) - Carol Robson 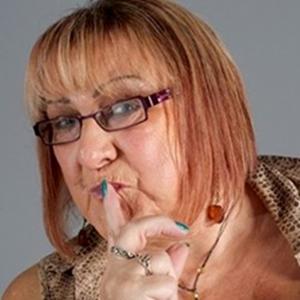 The show ‘Finding me’ is Ms Robson’s account of finding herself. Nothing unusual in that you might think, and indeed there are aspects within it that sound ‘normal’ – going to University, travelling and having fun and yes sex too. What makes this different is that these events and experiences are wrapped up in the struggles of gender re-assignment, or sex-change to the uninitiated.

If you are uninitiated then this may present you with some uncomfortable material as Ms Robson recites her poetic take on harrowing experiences and struggles with herself and others. If you know of the issues presented here, then it has perhaps an all-too-familiar ring to it. Deliberate self-harm, depression, disgust revilement and more permeate the story.

All is presented in an honest, frank style which perhaps speaks of the courage needed to speak out. It is dour for the most part with flashes of humour as one might expect given the subject matter. As another performer once said “welcome to the difficult listening hour”, but only 45 mins in this case. 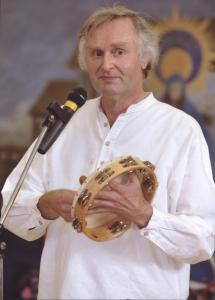 It was standing room only on the 1st floor of Scrivener’s to hear Jim MacCool reading three of his own tales set in the Hebrides. As Jim made clear in a discussion before and after the readings these tales cannot be wholly original – for they are rooted in the folk tales passed down through the generations. These tales also draw on ideas and imagery found in folk tales.

Jim does indeed have an Uncle Donald and family legends are a starting place for the stories he tells. The first, Donald and the Fairy Host, has at its core the apparent death in childbirth of Morag – Donald’s cousin - and the immediate, subsequent suicide of her grieving widower Alasdair. Alasdair hears music in the air and is drawn to the sea where he drowns. It turns out that this is fairy music and in fact Morag has been spirited away by fairies – she is a changeling in the Scottish tradition. Morag is allowed to return each night and feed her inconsolable baby. There is a happy resolution to the story – in that things return to normal and Morag has a new husband.

In his second tale, Donald and the Valentine, Jim tells how Donald – who seems bound never to marry – has hopes when he meets a Canadian traveller, Darlene. Duncan comes to be bitten by a black dog and his mother assures him that ‘the poison will go straight to your heart.’ This takes us immediately to Western folklore territory. Black dogs are ominous beasts and we need fear for our hero. It turns out that there is another, who is jealous of the small attention paid to Duncan by Darlene.

Jim’s final story in an hour of telling was Donald and the Shooting Star. Shooting stars are – in legend – a sign of bad luck and Donald has just seen his first one. Donald hopes to be harvesting the barley crop – but a huge flock of geese descend on his land and eat his precious harvest. He has some hopes of making up for his losses by leading a shoot – it goes comically wrong but Duncan is compensated.

The stories are full of wonderful phrases that need to be heard – "Donald went in for his dinner and retired for a sabbatarian snooze" – preferably in a Hebridean accent. Jim MacCool comes to Buxton regularly – do watch out for him in 2015 or 2016. There is a warmth and humanity in his tales, and his telling of them, which reminds us of the value of story-telling to us and our loss if we stop hearing tales.

Jim is Founder and Patron of National Poetry Month which takes place every October in Britain. He describes himself as being in the shanachie, or travelling bard, tradition.